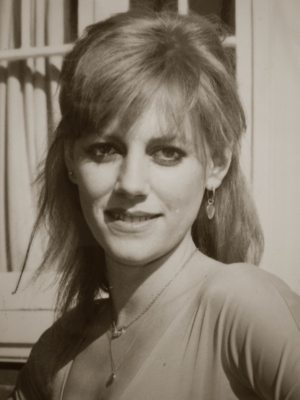 M, #106284, b. 1 October 1946, d. 25 April 2009
Last Edited=23 May 2009
Richard Alexander Hambro was born on 1 October 1946.1 He was the son of Jocelyn Olaf Hambro and Ann Silvia Muir.2 He married, firstly, Hon. Charlotte Clementine Soames, daughter of Arthur Christopher John Soames, Baron Soames and Mary Spencer-Churchill, in 1973.2 He and Hon. Charlotte Clementine Soames were divorced in 1982.2 He married, secondly, Juliet Mary Elizabeth Harvey, daughter of Major Thomas Cockayne Harvey and Lady Katharine Mary Coke, in 1984.1 He married, thirdly, Mary Christine Briggs in 1993.1 He and Juliet Mary Elizabeth Harvey were divorced in 1992.1 He died on 25 April 2009 at age 62.3
He was educated at Eton College, Windsor, Berkshire, EnglandG.1 He was educated at München Universität, Munich, Bavaria, GermanyG.1 He was a director of Hambros Bank in 1979.1 He was a director of J. O. Hambro Investment Management in 1986.1 He lived in 1999 at Waverton House, Moreton-in-Marsh, Gloucestershire, EnglandG.1 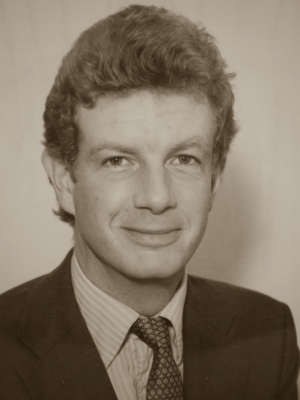 He was commissioned into the Queen's Own Oxfordshire Hussars in 1898. He served in the South African Light Horse alongside his war correspondent brother in the Second Boer War between 1899 and 1900, where he was Mentioned in Dispatches, and shot through the leg during the Battle of the Tugela Heights, part of the campaign for the relief of Ladysmith.[1]

He fought in the First World War, where he was again Mentioned in Dispatches. He also served on the staff of Field Marshal Lord French, General Sir Ian Hamilton (serving as Naval Liaison Officer for the Mediterranean Expeditionary Force) and Field Marshal Lord Birdwood (serving as Camp Commandant, 1st Anzac Corps, and then as Assistant Military Secretary at the headquarters of the Fifth Army). He reached the rank of Major.

John Strange Spencer-Churchill became a businessman in the City of London.

John Strange Spencer-Churchill and his brother Winston were very close. John and his children spent a lot of time with his brother's family at Chartwell and other residences. During the Second World War the widowed John lost his house during the Blitz and he lived in Downing Street.[2]

He died of a heart disease[3] and is buried near his parents and brother at St Martin's Church, Bladon, near Woodstock, Oxfordshire.

The couple had three children:

Despite the Ne Temere decree, apparently only their daughter was brought up as a Catholic, the faith of her mother (herself the daughter of a convert).

M, #106289, b. 13 May 1836, d. 10 March 1928
Last Edited=24 Jul 2012
Consanguinity Index=0.03%
Montagu Arthur Bertie, 7th Earl of Abingdon was born on 13 May 1836 at Hanover Square, Mayfair, London, EnglandG.2 He was the son of Montagu Bertie, 6th Earl of Abingdon and Elizabeth Lavinia Vernon-Harcourt.3 He married, firstly, Caroline Theresa Towneley, daughter of Charles Towneley and Lady Caroline Harriett Molyneux, on 10 July 1858 at Bavarian Roman Catholic Chapel, Warwick Street, London, EnglandG.2 He married, secondly, Gwendoline Mary Dormer, daughter of Lt.-Gen. Hon. James Charlemange Dormer and Ella Frances Catherine Alison, on 16 October 1883 at Roman Catholic Cathedral, Portsmouth, Hampshire, EnglandG.2 He died on 10 March 1928 at age 91 at Oaken Holt, Oxfordshire, EnglandG.4 He was buried on 14 March 1928 at Abingdon Abbey, Abingdon, Oxfordshire, EnglandG.4
He was educated at Eton College, Windsor, Berkshire, EnglandG.2 He held the office of High Steward of Abingdon.3 He succeeded as the 7th Earl of Abingdon, Berkshire [E., 1682] on 8 February 1884.2 He succeeded as the 11th Lord Norris [E., 1572] on 8 February 1884.3 He gained the rank of Honorary Colonel in the 3rd Reserve Battalion, Princess Charlotte of Wales Berkshire Regiment.3 He held the office of Justice of the Peace (J.P.) for Oxfordshire.3 He held the office of Deputy Lieutenant (D.L.) of Berkshire.3 He held the office of Justice of the Peace (J.P.) for Berkshire.3 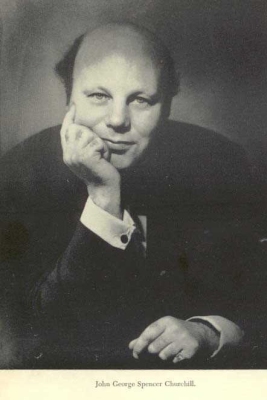 John Spencer Churchill 2
Major John George Spencer-Churchill was born on 31 May 1909 at London, England.3,2 He was the son of Major John Strange Spencer-Churchill and Lady Gwendoline Theresa Mary Bertie.3 He married, firstly, Angela Mary Culme-Seymour, daughter of Captain George Culme-Seymour and Janet Beatrix Orr Ewing, on 13 May 1934.3 He and Angela Mary Culme-Seymour were divorced in 1938.3 He married, secondly, Mary Cookson, daughter of Kenneth Cookson and Vivienne Tilla Butler, on 20 May 1941.3 He and Mary Cookson were divorced in 1953.3 He married, thirdly, Kathlyn Maude Muriel Hall Tandy Beddall, daughter of Maj.-Gen. Walter Samuel Hall Beddall, on 5 March 1953.3 He married, fourthly, Anna Gunvor Maria Janson, daughter of Johan Janson, on 27 August 1958.3 He and Anna Gunvor Maria Janson were divorced in 1972.3 He died on 23 June 1992 at age 83 at London, England.3,2
He was educated at Harrow School, Harrow, London, EnglandG.3 He was a painter, sculpter and composer.3 He gained the rank of Major in the Royal Engineers.3 He fought in the Second World War between 1939 and 1945.3 He wrote the book Crowded Canvas.3