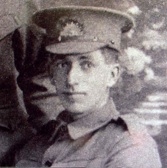 Children of May Waterhouse and Reuben Reginald Buffett

F, #155693, b. 6 March 1931
Last Edited=19 Nov 2011
Consanguinity Index=3.59%
Alice Inez Buffett was born on 6 March 1931 at Norfolk IslandG.2 She is the daughter of Thomas Francis Buffett and Nellie Elva Quintal.1 She married, firstly, Donald Frederick Robson, son of Alexander Robson and Jane Templeton, on 29 July 1950 at Drummoyne, Sydney, New South Wales, AustraliaG.2 She married, secondly, David Thomas Edward, son of Douglas William Edward and Kate Christian, on 5 April 1959 at Office of the Registrar, Norfolk Island.3 She married, thirdly, Frederick Stanley Snell, son of Alfred Rockwell Snell and Evelyn Polly Christian, on 11 July 1966 at Norfolk IslandG.3
She was educated at Burwood Girls' High School, Sydney, New South Wales, AustraliaG.3 In 1945 she was awarded the Queen Victoria scholarship while a student at the Norfolk Island Central School, and attended the Burwood School in Sydney, Australia. She completed Arts I at Sydney University, but left
midway through Arts II when she found that she would be unable to get a high school teaching position on Norfolk.
She returned to Norfolk in
1955, and became quite active there. She was elected to the 1st Norfolk Island Legislative Assembly, the first and only woman to be so elected.
She was reelected to the 2nd and 3rd Legislative Assembly where she was the executive member for Social Services and Primary Industry. She failed in her bid for reelection to the 4th Assembly, finishing 10th
when 9 were to be elected.
She was president of the RSL Woman's Auxiliary for several years, and champion woman bowler of Norfolk 3 successive years. She owns an arts & crafts studio that produces and
sells local craft items.
In 1986, she was awarded a Winston Churchill fellowship to further her research in the Norfolk Language. She is the
author of Speak Norfolk Today which documents the Norfolk and Pitcairnese language, provides a spelling system, and complete grammatical analysis of the language. The book was published for the bicentennial year. She owns several other smaller businesses dealing
with crafts and tourism.2 From 29 July 1950, her married name became Robson.2 She was educated at University of Sydney, Sydney, New South Wales, AustraliaG.3 From 5 April 1959, her married name became Edward.3 From 11 July 1966, her married name became Snell.3 She was awarded the Medal of the Order of Australia (O.A.M.) in 1998.3

F, #155695
Last Edited=21 Sep 2005
Sandra Conaghan was born at Norfolk IslandG.1 She is the daughter of Mortimer Conaghan and Denone Harriett Buffett.1

F, #155696
Last Edited=21 Sep 2005
Lorraine Conaghan was born at Norfolk IslandG.1 She is the daughter of Mortimer Conaghan and Denone Harriett Buffett.1

F, #155699
Last Edited=21 Sep 2005
Colleen Conaghan was born at Norfolk IslandG.1 She is the daughter of Mortimer Conaghan and Denone Harriett Buffett.1

F, #155700
Last Edited=21 Sep 2005
Patricia Frances Conaghan was born at Norfolk IslandG.1 She is the daughter of Mortimer Conaghan and Denone Harriett Buffett.1