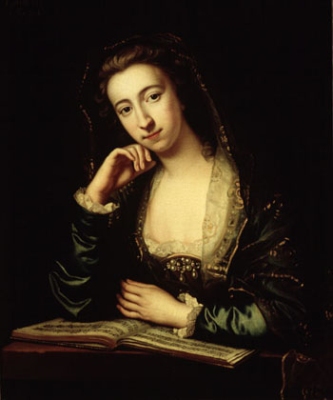 Lady Maria Walpole was born illegitimately in 1725.1,2 She was the daughter of Robert Walpole, 1st Earl of Orford and Maria Skerret.1 She married Colonel Charles Churchill, son of Lt.-Gen. Charles Churchill and Anne Oldfield. She died in 1801.2
Her married name became Churchill. Her father procured her the rank of an earl's daughter, extremely unusual for an illegitiamte child.1

Child of Alice (?) and Dolfin fitz Uchtred, Lord of Raby

Children of unknown wife (?) and Gospatric, Earl of Northumberland

M, #158220, b. circa 1763, d. 20 April 1798
Last Edited=16 Apr 2006
William McCoy was born circa 1763 at Ross-shire, ScotlandG.2 He died on 20 April 1798 at Pitcairn IslandG.1
He and Teio (?) were associated circa 1789.3 He gained the rank of Able Seaman in the Royal Navy, on board H.M.A.V. Bounty.1
Little is known of his early life, but he appears to have been an employee of a Scottish distillery at one point. McCoy was one of the last crewmen to sign on the Bounty. He and his friend, Quintal, enlisted together, and that may well have been a black day for the future of the ship. Quintal was truly the brutal bully, and McCoy was the provider of spirits. His record on the Bounty was less controversial than most. The only incident in which he was involved may well give a better picture of this man. Bligh, in one of his frequent attacks of vocal frustration, was furiously upbraiding the whole crew for a number of failings. Suddenly he pointed a pistol at the head of McCoy and threatened to shoot him for not paying attention. Apparently even his involvement in the mutiny was peripheral, although there is no question of his willingness to throw his lot in with Christian. It was in 1796 that McCoy used the skills he learned as a youngster, and it was that contribution which, as much as anything, led to the early troubles of the Pitcairn colony. He was the first to distill liquor on Pitcairn, making it from the sweet syrup of the ti tree root. It was this skill that killed him, for in a fit of delirium tremens, he lept to his death from a cliff in 1798.1 According to Bligh, he was 5'6' tall, fair complexion, light brown hair with a heavy beard, strong-made, a scar where he had been stabbed in the belly, and a small scar under his chin. He was heavily tattooed all over his body.2

Children of William McCoy and Teio (?)