F, #407455, b. 1480, d. 18 January 1531/32
Last Edited=12 Sep 2010
Amphelice Coningsby was born in 1480.2 She was the daughter of Sir Humphrey Coningsby and Alice Ferebie.2 She died on 18 January 1531/32 at Norwich, Norfolk, EnglandG.3,2 She was buried at St. Stephen's, Norwich, Norfolk, EnglandG.2
The will of her father Sir Humphrey Coningbsy as reproduced in 'Genealogical Memoirs of the extinct family - The Chesters of Chichley' by Robert Edmund Chester Waters; changed the descentant line quite considerably but put in no doubt that she married Sir John Tyndall anmd not Sir Thomas as previous authors had suggested.

Sir Humphrey Conyngesby Kt, one of the Kings Justices of the Pleas
Will dated 15th Nov 1531
“To be buried in the Church of the White Friars, London, near the grave of my late wife Isabel , but if I die at Aldenham, or within seven miles thereof, then to be buried there , or if I die at Lock, or within fusty mile' thereof, then to be buried there
To the Churches of Aldenham, Elstree, and Rock, 10s each, and to the repairs of the Church of \Teen Sollars, 20s
To my daughter Elizabeth, late wife of Richard Berkeley, and now wife of Sir John Fitz-James Kt , fsU, which was owing to me by the said Richard at the time of his death, for the marriage of the three daughters of the said Richard Berkelev and Elizabeth
To Dorothy, daughter• of John Tendall Esq , and of my daughter Amphelice, his wife, £10 towards her preferment in marriage and to each of the daughters of the said John Tendall and Ampheilce 40 marks for their preferment in marriage To Anne, wife of William Thorpe, and daughter of Christopher Hyllyarde, and my daughter Margaret his wife, now deceaaed, £5 To every daughter of my sons William and John Conyngesby, 40 marks each, and to every daughter of George Ralegh and my daughter Jane his wife, 40 marks.
My manor of Stottesden in Salop, and my manor of Orleton, with its appurts in 0r1eton, Stoketon, Stanford, and Eastham in Worcestershire, to Humfrey Conyngesby, now under age and my next heir apparent, the son of my son Thomas Covyngesbv, to hold to him and the heirs male of his body, with remainder to the heirs male of my body, remainder to my heirs, My nephew Thomas Solley, My late wives Alice and Anne and Isabel
To Humfrey Tendell my coyin and godson, son of John Tendall, and my daughter Ampheice his wife, five marks a year towards his finding, and the like sums to Maurice Berkeley, son of my daughter Elizabeth
My sons Willam and John Conyngesby to be my executors, Sir John Fitz-James Kt , and Sir Anthony Fitz-Herbert,' Kt , a Kings Justice of Common Pleas, to be overseers of my Will.
Will proved 26th Nov. 1335 In C P C. [ 30 Hogen ]

Child of Bennet Coningsby and Martha (?) 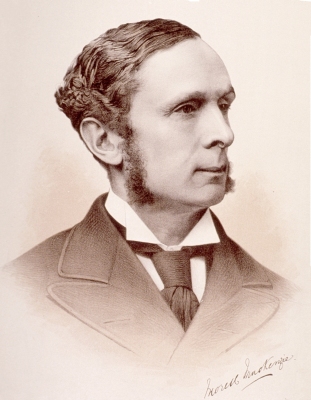