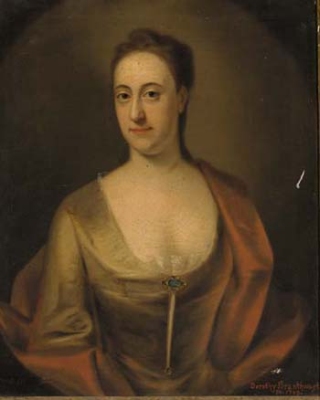 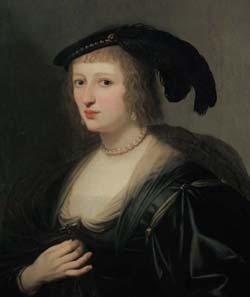 M, #408039, d. circa December 1631
Last Edited=23 Nov 2009
Felix Tyndall was the son of William Tyndall.2 He married Susan Bradshawe on 22 April 1619 at St. Helen's, Bishopsgate, London, EnglandG.2 He died circa December 1631.2
FELIX TYNDALL, son and heir of William, matriculated a pensioner on 28th March 1607 at Queen's College, Cambridge, of which his uncle the Dean of Ely was then master. He took the usual degrees in Arts and entered Holy Orders, for he was A.M. when, on 6th Nov. 1610, He was presented to the vicarage of Great St. Andrew's, Cambridge, by the Dean and Chapter of Ely. He resigned this vicarage in 1619, when he was presented to the valuable living of Plumstead in Kent, which he held until his death, lie inherited under the will of his uncle Francis Tyndall his estate at Hockington in Cambridgeshire, and when his uncle died on 7th Sept. 1631 Felix was his heir-at-law'. But he died intestate at the end of this year, and letters of administration were granted on 2d Feb. 1631-2 to Susan Tyndall his widow', He married at St. Helen's, Bishops- Gate, London, on 22 April 1619,' Susan, widow and administratrix of Obadiah Bradshawe, curate of Stifford, Essex, who was buried at Stifford on 13th Oct. 1618. He had issue by her a son Thomas, and perhaps other children.2 Reference: 2076.2

F, #408040
Last Edited=23 Nov 2009
Hester Tyndall is the daughter of William Tyndall.2
HESTER TYNDALL married Francis Bullock Esq. of Low Leyton in Essex, and had three sons, John, Francis, and Henry, of whom Henry was the godson of his granduncle Francis Tyndall, anti was still an apprentice in 1626, when his godfather left him IDOl. by hi5 Will. Francis Bullock died in 1623, leaving his two younger sons under age, for on 30th Aug. 1ti25 letters of administration were granted to William Sherwin, the Curator of Fraud's Bullock son of the deceased, during his minority, with the consent of Hester Bullock the widow and John Bullock the eldest son of the deceased. Hester Bullock had an annuity of 10/.2 Reference: 2077.2