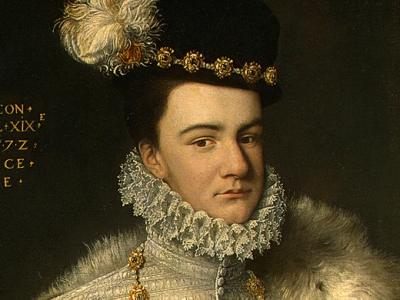 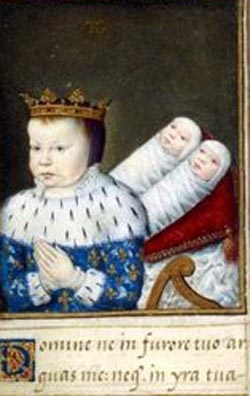 Victorie de Valois 1
Victoire de Valois was born in 1556. She was the daughter of Henri II, Roi de France and Catherine de Medici. 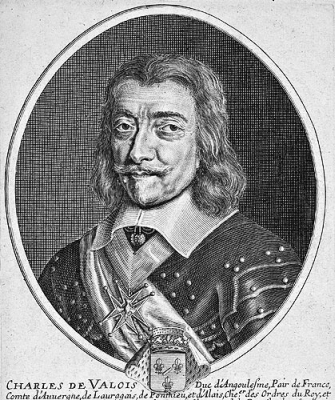 Charles de Valois, Duc d'Angouleme 1
Photograph by Norbert Pousseur
Charles de Valois, Duc d'Angoulême was born illegitimately on 28 April 1573 at Château Faye, Dauphiné, FranceG.2 He was the son of Charles IX, Roi de France and Marie Touchet.2 He married, firstly, Charlotte (?), daughter of Henri, Duc de Montmorency.2 He married, secondly, Françoise de Narbonne, daughter of Charles de Narbonne, Baron de Mareuil, in 1644.2 He died on 24 September 1650 at age 77.2
He gained the rank of Colonel of Horse.2 He wrote the book Mémoires, from the assassination of Henri III to the Battle of Arques (1589-1593).2 He gained the title of Comte d'Auvergne.2 In 1601 he was imprisoned for several months after engaging in a conspiracy with the Ducs de Savoy, Biron and Bouillon to force King Henri IV to marry the Marquise de Verneuil.2 Between 1605 and 1616 he was imprisoned in the Bastille for intriguing with King Philp II of Spain.2 He gained the rank of Colonel-General of Horse in 1616.2 He gained the title of Duc d'Angoulême in 1619.2 He wrote the book Les Harangues, published 1620.2 He fought in the Siege of La Rochelle in 1627.2 He gained the rank of General in 1635 in the French Army.2 He gained the rank of Lieutenant-General in 1636.2 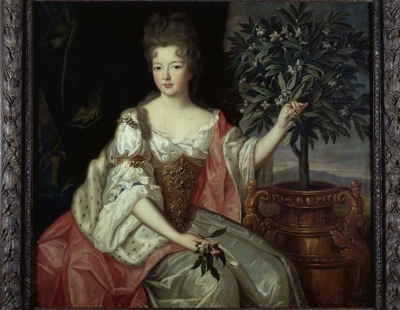 Françoise Marie de Bourbon was born illegitimately on 4 May 1677 at Château de Maintenon, FranceG.3 She was the daughter of Louis XIV, Roi de France and Françoise Athénaïs de Rochechouart.3 She married Philippe II d'Orléans, Duc d'Orléans, son of Philippe I, Duc d'Orléans and Elisabeth Charlotte Pfalzgräfin von Simmern, on 18 February 1692 at Versailles, Île-de-France, FranceG.3 She died on 1 February 1749 at age 71 at Paris, FranceG.4
She was also known as Mademoiselle de Blois.3 In November 1681 she was legitimised.3 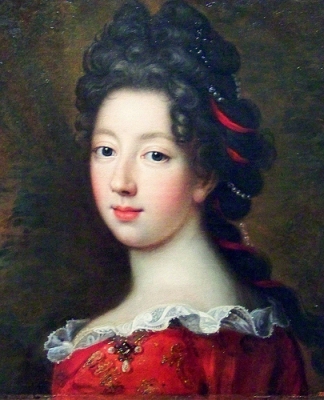 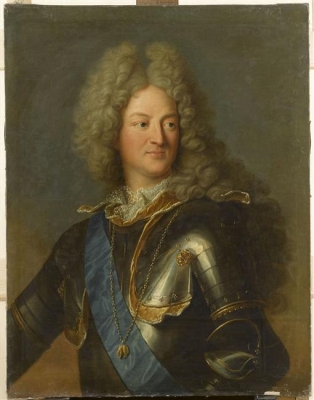 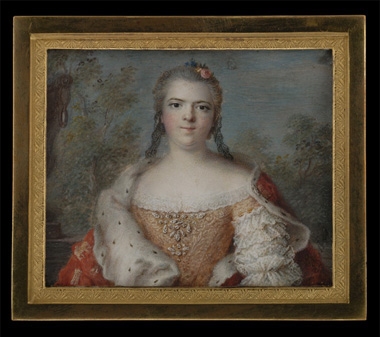 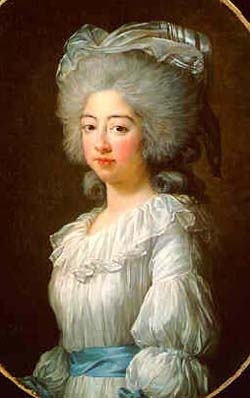 M, #105260, b. 1570, d. 25 October 1627
Last Edited=1 Dec 2008
Robert Spencer, 1st Baron Spencer of Wormleighton was born in 1570.1 He was the son of Sir John Spencer and Mary Catlin.1 He married Margaret Willoughby, daughter of Sir Francis Willoughby and Elizabeth Lyttelton, on 15 February 1587/88 at Brington, Northamptonshire, EnglandG.2 He died on 25 October 1627 at Wormleighton, Warwickshire, EnglandG.1 He was buried on 6 November 1627 at Brington, Northamptonshire, EnglandG, although his bowels were buried at Wormleighton.2
He held the office of Member of Parliament (M.P.) for Brackley from 1597 to 1598.1 He held the office of Commissioner for Musters, Northamptonshire on 19 December 1600.1 He held the office of Sheriff of Northamptonshire from 1601 to 1602.1 He was appointed Knight, Order of the Garter (K.G.) before 7 October 1601.1 On 25 June 1603 at Althorp, Brington, Northamptonshire, EnglandG, he entertained Queen Anne and Prince Henry for two days on their journey from Scotland into England, when The Satyr, a masque by Ben Jonson, was performed for their benefit.1 He was created 1st Baron Spencer of Wormleighton [England] on 21 July 1603, 'as he said, for the report of his being the greatest moneyed man in England.1' Between 8 October 1603 and 9 December 1603 he went on a special mission to Stuttgart to invest Frederick, Duke of Wurtemburg with the Garter on 6 Nov 1603.1 He was admitted to Lincoln's Inn on 2 February 1606/7.1
Cockayne writes that "according to Wilson he 'made the country a virtous court, where his fields and flocks brought him ... calm and happy contentment ... And, when he was called to the senate, was ... vigilant to keep the peoples liberties from being a prey to the encroaching power of monarchy.1' " Cockayne than added that "he is best known for the Earl of Arundel's insulting retort to him in Parliament on 8 May 1621: 'My ancestors have suffered, and it may be for doing the King and the country good service, and in such time as when, perhaps the lord's ancestors that spake last kept sheep.' " He is supposed to have replied that that was when the Earl of Arundel's ancestors were plotting treason (both the Earl's father and grandfather were beheaded for treason).1