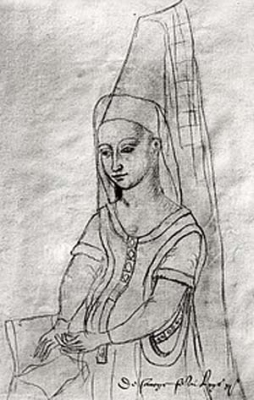 Charlotte de Savoie 2
Carlotta Principessa di Savoia-Piedmonte was born on 11 November 1441.1 She was the daughter of Ludovico I Duca di Savoia and Anne de Lusignan, Princess of Cyprus.3,4 She married Louis XI, Roi de France, son of Charles VII, Roi de France and Maria d'Anjou, on 9 March 1451 at Chambéry, France.1 She died on 1 December 1483 at age 42.1 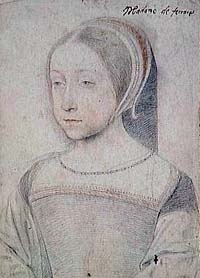 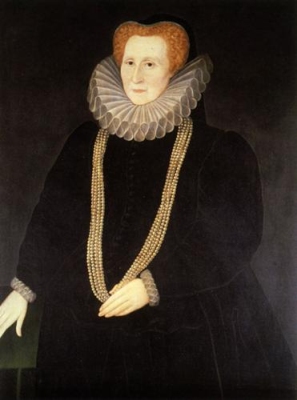 Elizabeth Hardwicke was born on 27 July 1527.1,3 She was the daughter of John Hardwicke.1 She married, firstly, Robert Barlow, son of Arthur Barlow, in 1543.4 She married, secondly, Rt. Hon. Sir William Cavendish, son of Thomas Cavendish and Alice Smith, in 1547.1 She married, thirdly, Sir William de St. Loe circa 27 August 1559.5 She married, fourthly, George Talbot, 6th Earl of Shrewsbury, son of Francis Talbot, 5th Earl of Shrewsbury and Mary Dacre, on 9 February 1568.6 She died on 13 February 1607/8 at age 80.1
Elizabeth Hardwicke also went by the nick-name of 'Building Bess'.1 Elizabeth Hardwicke also went by the nick-name of Bess of Hardwick.4 From 1543, her married name became Barley.4 From 1547, her married name became Cavendish. From circa 27 August 1559, her married name became St. Loe.5 After her marriage, Elizabeth Hardwicke was styled as Countess of Shrewsbury on 9 February 1567/68. From 9 February 1567/68, her married name became Talbot.
She prevailed on her first husband, who died without issue, to settle his estate on her and her heirs, who were abundantly produced from her second marriage. Her third husband, who was very rich, was led by her persuasions to make a similar disposition of his fortune, to the utter predudice of his daughters by a former wife; and now, unsated with the wealth and caresses of three husbands, she finished her conquests by marrying the Earl of Shrewsbury, the richest and most powerful Peer of his time. To sum up her character, "she was a woman of a masculine understanding and conduct; proud, furious, selfish and unfeeling." 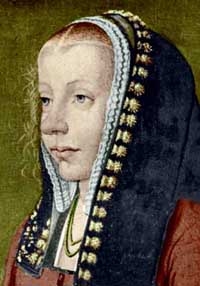 Children of Hildegard of Vinzgau and Charlemagne, Emperor of the Holy Roman Empire